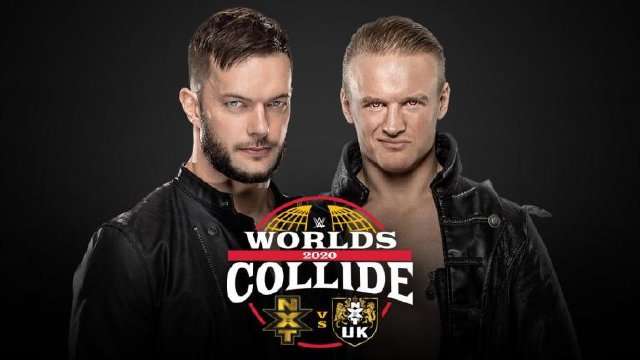 Ilja Dragunov is an irradiated (?) Russian man who is pretty small but wrestles like he’s Braun Strowman. Finn Bálor sees a lot of himself in Dragunov,

but currently seems like he secretly kinda hates himself and what he’s become, so he’s gonna dropkick a man’s whole career.

It’ll be competitive, sure, but Finn Bálor’s still going to eat this guy’s lunch. From a purely character-based point of view,

NXT UK. Meanwhile, Bálor’s on some Prince Devitt shit, heading into a match against Johnny Gargano, and fully prepared to

show why he returned to NXT with Big Dick Main Roster Energy. Finn for days.

The only thing related to NXT UK I care about is Ilja Dragunov not losing his feral “lizard who was turned into a man” quality.

all supposed to just act like that’s cool and normal! Anyway, I think Balor can afford to take an L to put over an up-an-coming guy,

so I’ll predict Ilja wins. But whatever the result, this is my most anticipated match of the show