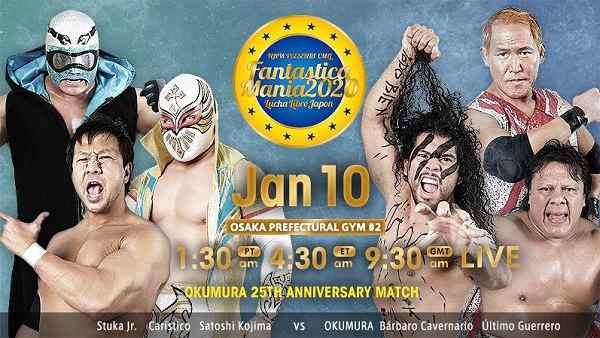 The self-proclaimed “Once in a Century Masterpiece”, Tanahashi embodies what it means to be the Ace of New Japan Pro Wrestling. After debuting for NJPW in October of 1999

he has the highest record of IWGP Heavyweight titles (8 times) and defended the title a record breaking 11 times (dubbed the “V11”). His finisher is the majestic yet devastating

High Fly Flow. Even after a hard-fought match, he likes to close out the night with a rocking air-guitar show for eager fans. Recreating the spectacle of his biggest matches, he raises

his air-guitar high with energy and yells his famous “I love you!” to the crowd.

Tanahashi’s record eighth IWGP Heavyweight Championship reign came as a result of winning the 2018 G1 Climax. Having lost the IWGP Intercontinental Championship and

being put on the shelf due to injury earlier in the year, Tanahashi was a dark horse, but overcame Kota Ibushi to take his third G1 Climax win.

The victory put him on a collision course with IWGP Heavyweight Champion Kenny Omega, at Wrestle Kingdom 13, a battle not just for the championship, but of differing

philosophies when it came to pro wrestling at large. The Ace perservered and became the first competitor in history to convert a G1 Climax victory into a successful IWGP challenge at Wrestle Kindom.