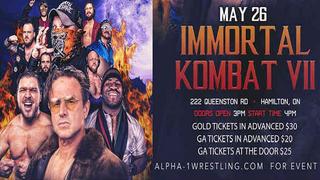 From Hamilton, ON, Canada – Featuring: