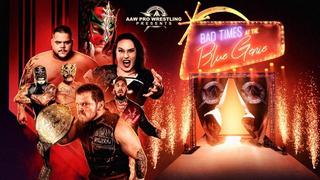 PACO vs. Barrett Brown vs. Clayton Gainz vs. Kody Lane vs. Andy Dalton

The Rascalz vs. Besties In The World